Not just for Horse's and Dogs!!! 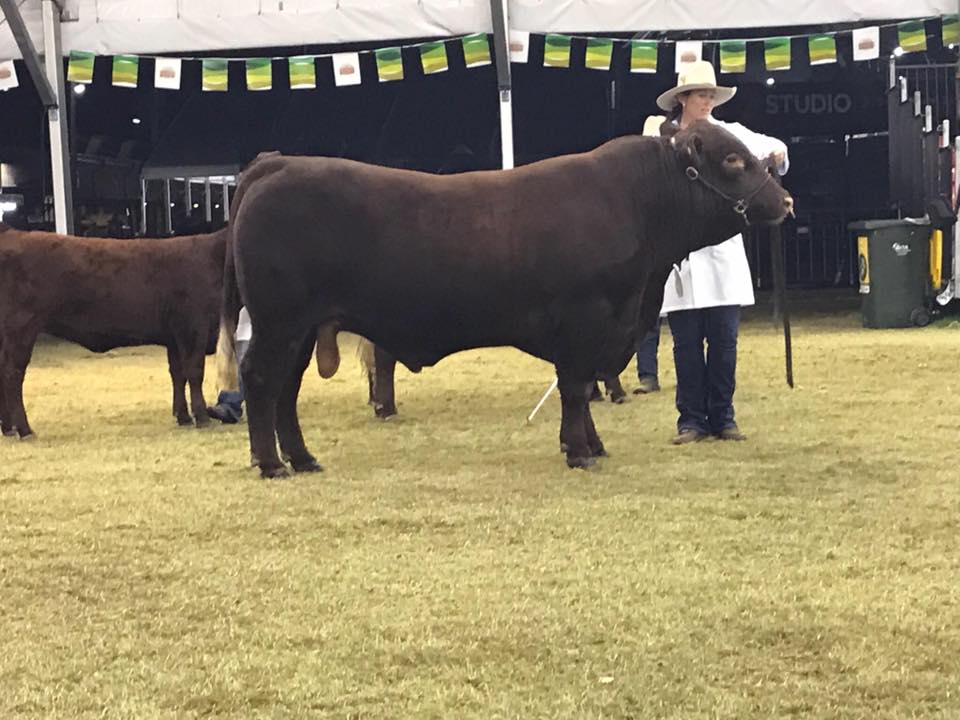 Just for something a little different!! it's not only horses and dogs being fed on Kool Glow as part of their show preparation helping to produce royal show champions!
Meet Eastbank Peri L01 Senior and Grand Champion Devon Bull at the Sydney Royal Show 2017. He was fed on Kool Glow as part of his diet for only 4 weeks prior to Sydney Royal Show and at 23 months old he weighs an impressive 848kgs with EMA 114cm and Rib Rump Fat 12/10mm.
Congratulations to all connections