The term Probiotics comes from the Latin, meaning of for-life. The application of this word in today's society refers to stains of gut micro flora that are introduced into diets to improve the health and performance outcome for the individual. The understanding and application of probiotics historically has been relatively low. But this is increasing rapidly, our improved understanding as to the impact that healthy gastrointestinal tract micro flora has on the overall well being, be it animal or human.

The evolution of the horse has allowed these mono-gastrics to develop specialised mechanisms that allow them to digest plant material and turn it into a usable energy source. These animals have an inability to digest plant fibers in their primary area of acidic and enzymatic digestion (stomach) so they rely of a process called fermentation. The fermentation process occurs in the hid gut (cecum), huge populations of live microorganisms consume the plant fibers, this is known as fermentation. Through this process of fermentation these microbes excrete chemicals, which are in turn used as an energy source by the horse. It is a beautiful symbiotic relationship, where both the micros and the horse benefit.

The issue that the horse faces with fermentation is that not all micro flora is beneficial, some can produce compounds that provide significant challenges to the horse and its overall health. Such as the bacteria that produce lactic acid, this is then expressed as acidosis. Acidosis is a root cause of many internal and external issues. The hindgut of a horse can be looked upon as a battlefield; many species of micro flora are in a constant battle to gain control. Managing this conflict to the best of our ability will have dramatic positive impacts on the horse.

Adding live yeast to the diet can deliver huge benefits; their ability to out compete starch-degrading bacteria (the ones that produce lactic acid) is significant. The end result of this is the decrease in the accumulated lactic acid level in the hindgut. The additional benefit of delivering live yeast is the increase supply of other compounds (metabolites, such as B group vitamins) that stimulate the proliferation of good bacteria and further reduce the impact and production of lactic acid.

By increasing the populations of live yeast bacteria significant improvements in the digestibility of feedstuffs can be achieved. Data has shown that animals supplied with live yeast had a dramatic improvement in their ability to digest feed.

How much Kool Glow should I feed to my horse? 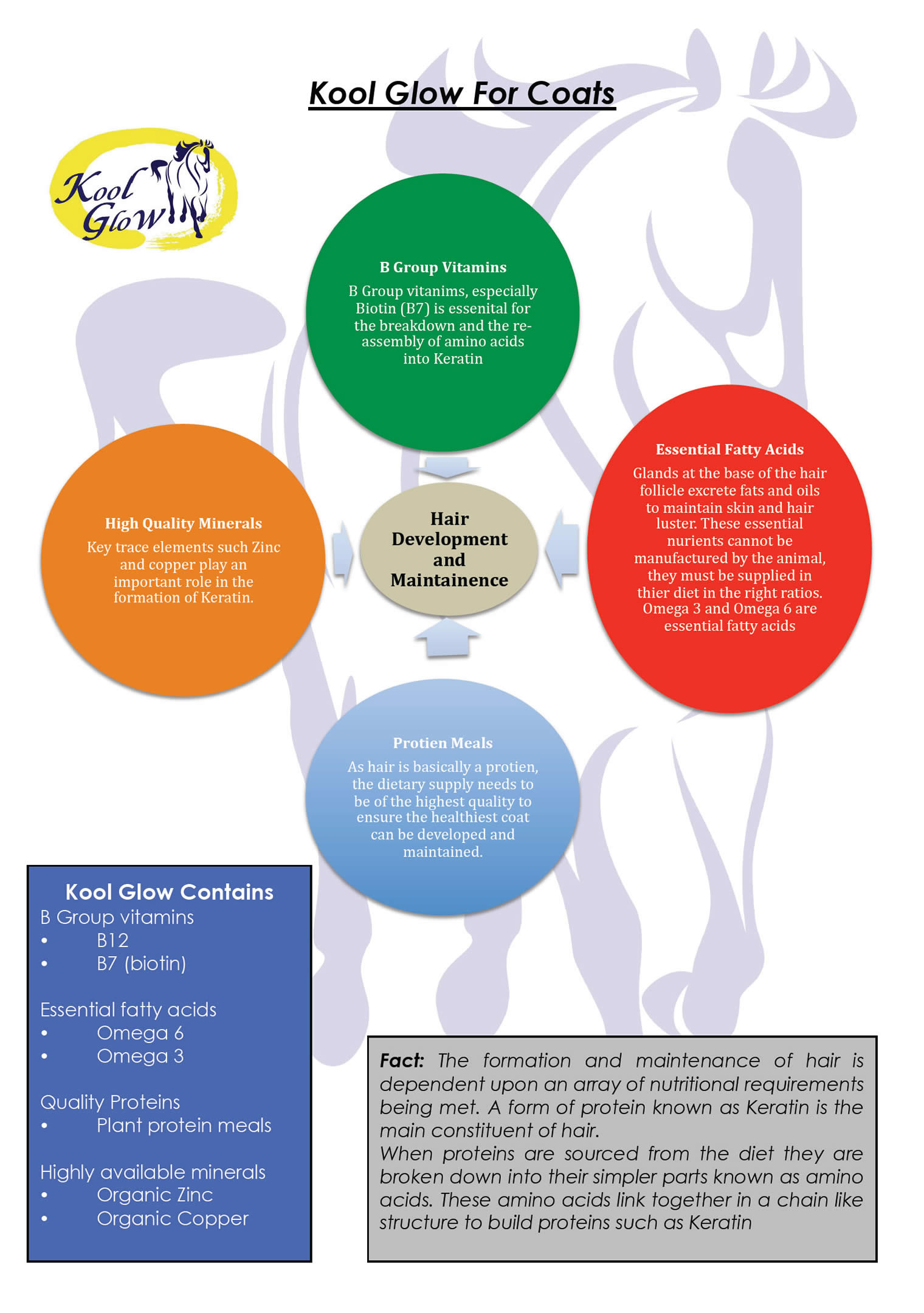